A Discussion Paper: The Pharmacist's Contribution in Acute Oncology 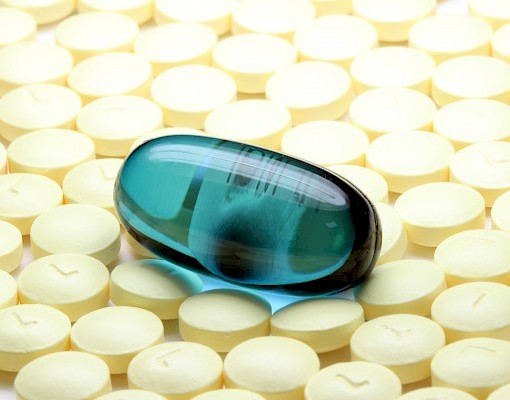 At the national Acute Oncology steering group in June 2019 there was an extensive discussion around the potential role of the pharmacist in further developing Acute Oncology services. This discussion was initiated by Meera Desai the Senior Oncology Pharmacist at University College London Hospitals NHS Foundation Trust who has provided a discussion paper on how the role might be developed and fit with other roles within oncology and acute oncology services. As a result, this discussion paper was developed to capture the views of the multidisciplinary team, both within, and outside of, Acute Oncology.

Medicines Management is a key part of the role of the pharmacist and this could be focused on the needs of acute oncology patients. Polypharmacy can affect treatment tolerability and the presence of pharmacists on AOS ward rounds could well optimise care and reduce the risk of re-admission. The role could be further developed if these individuals were independent prescribers. There is also potential expertise that could be developed in palliative care prescribing and advice.

One of the potential areas for development would certainly be in promoting self-care in patients with an oncology diagnosis in the community.

The use of ‘rescue packs’ would tie in nicely with low-risk neutropenic sepsis protocols. Some areas already employ them. They could be prepared as TTA packs that can be handed out in clinic to the patient by the nurse of pharmacist (depending on the clinic set up). This may be more practical and effective than using prophylactic antibiotics.

The presence of pharmacists in chemotherapy clinic could be invaluable. Pharmacists are able to provide counselling at first cycle treatments and approach the patient from a holistic manner so that

the advice is also personal and tailored to the individual. In some locations these roles already exist, or they have been taken by specialist nurses. This is not going to be possible across all Trusts, but it remains a valuable role for suitably qualified pharmacists. From an AOS standpoint, this should mean that patients are better managed and educated so as to reduce rates of admission.

BOPA have been working on educational material for community pharmacists. If armed with the right knowledge they can counsel or signpost as appropriate. This could have a positive impact on the nature of calls being made to the CNS’s or AO advice line. With increase pharmacy input and improved patient education, patients will better manage themselves at home and therefore calls being made are truly when additional help is needed. Pharmacists could also assist with developing access to information on oncology medication in the community. Most patients do not hang onto leaflets and the internet can be a mind-maze of information. Macmillan have a very informative website, but there are other support forums and services that patients may find useful. The information sources should be amalgamated so that patients can be easily signposted. This should probably be adapted locally as some services will differ.

In terms of medicines management in primary care, many community pharmacies do Medicines Use Reviews already, but for oncology, that the quality remains consistent and of a high standard. This might be challenging whilst the reviews appear to be mostly target-driven. Pharmacy will have a role in developing systems ensuring that patients have increased accessibility to a medicines management service. In addition, increased numbers of GP surgeries with in-house pharmacists would improve accessibility given many of them were brought in for Medicines Management purposes. Other sources of information include remote monitoring devices which can have the facility to provide educational material.

The development of software and technology specifically aimed at home monitoring for oncology patients does offer many opportunities. Depending on the capability of the device, they can extend to monitoring of blood glucose or even neutrophils as an example.

There are already some ‘Symptom checker’ type apps which are in use in oncology and targeted at patients on chemotherapy. These generally encourage patients to contact their chemotherapy hotline. Further developments could develop apps or software focussed on medication related advice which link with pharmacists. These could also provide education material and information sources which could empower patients and directly improve self-care. These would have to incorporate what constitutes an emergency scenario where patients are advised to seek urgent advice.

The role of pharmacy in AO ambulatory clinics could be very extensive. As described above they are already involved in some chemotherapy clinics, but as AO teams develop, they could use independent prescribing. The referral to the pharmacy clinic could be via self-referral from the patient, or via CNS, or medical team. If face-to-face clinics are not possible, perhaps a telephone or ‘Skype’ type clinic so patients have access to a specialist pharmacist. There is a definite role in these clinics

for reviewing and prescribing supportive medication and antibiotics. There may also be room to develop technician-led clinics with more remote pharmacist support.

A 54-year-old man with metastatic colorectal cancer was on treatment with ralitrexed and top-up bevacizumab.

The patient was seen in an afternoon clinic by the clinic pharmacist to further discuss treatment and current issues. He attended with his wife and both were fatigued from a long day of travelling and clinic waiting times. This opened a discussion about travel logistics (6 hours a day) which combined with underlying stress over his current medical issues and the treatment itself meant that multiple trips over the same week was having a significant impact on his quality of life and general mental wellbeing. They discussed the options for same day treatment and the factors that could prevent the ability to achieve that in order to set his expectations. Finally, an agreement was made between the pharmacist, specialist registrar, and Day-Care such that he could be treated ‘off pathway’ on the same day.

He had also had an ECHO performed ahead of a procedure in view of coronary vasospasm 5 years prior which showed severe impairment (LVEF 33%, previously normal). A cardiology review saw the initiation of bisoprolol and ramipril with the intention of optimising. During this clinic visit, it was clear that these new cardiac issues had a further negative impact on his mental wellbeing. They switched ramipril to candesartan after he described a chronic intolerable dry cough and discussed how we would cautiously up-titrate his medication. They talked about home BP monitoring to enable us to do this safely and he was counselled on signs of hypotension.

Although the cause of LVEF deterioration was likely multi-factorial, this prompted a discussion with the specialist registrar with regard to the associated risk with bevacizumab. As a consequence, it was decided to withhold bevacizumab that cycle whilst a cardiac MRI and further cardiology opinion could be sought. The rationale for this was explained to the patient by the pharmacist before going on to review his supportive care medications.

He informed the pharmacist that he was struggling with insomnia which could be associated with the days he was taking dexamethasone. He had nil complaints of nausea or vomiting and was only taking domperidone as needed. Taking this and the above into consideration, it was recommended and agreed with the patient and doctor that he would stop post-chemo dexamethasone whilst domperidone would be switched to metoclopramide given that latter has less potential to cause QTc prolongation even if he was only taking it as needed. He also had a prescription for fluconazole prophylaxis, but he could not recall a history of oral candidiasis or prior fungal infections. Again, it was recommended and agreed that this prescription would be stopped.

A follow-up with the patient 3 weeks later was positive. He felt reassured, that he had a better quality of life, and did not have any issues with nausea or vomiting. His cough had stopped, he felt less fatigued, and he did not have any shortness of breath. The cardiac MRI was still pending so bevacizumab was withheld for a further cycle.

The above represents a range of ideas regarding the development of pharmacy roles and the use of pharmacy knowledge in developing Acute Oncology services. These were designed to stimulate discussion and debate. It would be good to capture the views of pharmacists and other health care professionals associated with management of oncology patients with regard to these ideas and thoughts.