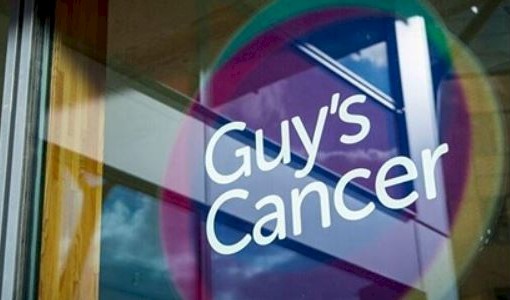 Rapid Diagnostic Clinics (RDCs) are based on a Danish ‘three-legged’ cancer model. Patients with alarm symptoms are referred into hospital for fast-track assessment and those with a low risk of cancer referred back to the GP. Rapid Diagnostic Clinics (RDC) are being expanded nationally by NHS England but, in reality, little data assessing the effectiveness of RDC models are available in an English population. Guy’s Hospital RDC established a ‘vague symptoms pathway’ for GPs and internal referrals for patients with symptoms concerning for malignancy not suitable for other, site-specific, urgent referrals. This large study evaluated all patients referred to Guy’s RDC between December 2016 and June 2019 (n = 1341) to assess the rate of cancer diagnoses, frequency of benign conditions and effectiveness of the service.

Five-year UK cancer survival rates are lower than comparable Western countries. Early identification of symptoms facilitating timely cancer diagnosis is linked with improved outcomes. The UK two-week wait (2WW) initiative is aimed at reducing diagnostic and treatment intervals and is based on referral in with site-specific ‘red-flag’ symptoms. However, only half of cancer patients ever develop these, instead many cancers present with vague or non-localising symptoms such as fatigue, weight loss or back pain. This group of patients often is diagnosed with cancer at a later stage with poorer outcomes.

At Guys Hospital in London, patients over 18 years of age are referred to Guy’s RDC if symptoms do not fit specific 2WW referral criteria. An early assessment of symptoms, co-morbidities, polypharmacy, lifestyle factors and mental health is undertaken alongside optimisation of nutritional status and co-morbidities. Diagnostics are performed within one to two weeks to facilitate expedited diagnosis ideally within one to three weeks with prompt onward referral or discharge.

This study considers patients referred between December 2016 and June 2019, during this time period 1341 prospective patients were seen in the Guy’s RDC. The cancer detection rate was 7%, (higher than many 2WW pathways, including the Guy’s colorectal pathway of 3%). The cancers detected correlated with the commonest malignancies; two-thirds were metastatic, reflecting later presentations in complex patients with vague symptoms. Nearly two-thirds of patients had no significant cause of their symptoms found either no organic cause identified or non-serious conditions that could be managed in primary care. This group was discharged to GPs with recommendations to review risks factors, polypharmacy and psycho-social circumstances. In addition, 180 serious non-neoplastic conditions were diagnosed in a third of patients necessitating referral to over 25 specialist teams.

Overall, the study found the Guy’s ‘vague symptom’ RDC to be an effective service with a median time to histological cancer diagnosis of 28 days. This is particularly pertinent for patients with vague symptoms who typically wait 34 days more for a diagnosis than those with red flag symptoms. This improved performance was due to appropriate triage testing, a generalist rather than tumour group-specific approach, adequate diagnostic resources and efficient referral systems.